This year, faced with rising rents and rates and the increased cost of imports brought about by Brexit, traders are hoping the festive period will be a welcome boost.

They’re among those taking part in East End Indie Weekend on December 1st, 2nd and 3rd, an event promoting the character and community of East London and encouraging people to shop local this winter. Christmas Wednesdays, a hugely popular shopping event, will also be in full swing throughout December with the first event taking place Wednesday November 29th.

Krissie Nicolson, founding organiser of the East End Trades Guild, said: “If you’re looking to have a fun shopping experience and meet some lovely people, without the hustle and stress of Oxford St head for the characterful Columbia Road.

“The festive lighting is always so pretty and there’s such a variety of independent shops including jewellers,  gift shops, antiques and homewares, children’s stores, fashion, galleries and a perfumery – and loads to keep the foodies happy.

“Shopping with small businesses helps the local economy, maintains employment and is a brilliant opportunity to be part of and meet the East End community.”

East End Indie Weekend is run by the East End Trades Guild and supported by the Local Buyers Club, a new discount card offering savings at some of the best local and independent businesses in the area.

Among the Columbia Road businesses taking part in the event is artisan bakery Lily Vanilli, which has been trading locally for almost a decade.

Lily described the community as: “close knit and friendly”. She added: “Some of the market traders have been trading for over 40 years. It’s nice to feel part of a community that has so much history.”

Dimitri of Perfumer Angela Flanders cited “rising costs and business rates” as their biggest challenge and described Christmas Wednesdays, which include carol singing, as “truly magical.”

Columbia Road has a colourful history – it was once the pathway for sheep to be driven to the slaughterhouse at Smithfield. Most of the Victorian shops here were built during the 1860s for those living at the nearby Jesus Hospital Estate.

In a roundabout way the area’s thriving flower market came about thanks to the philanthropy of heiress Angela Burdett Coutts, granddaughter of Thomas Coutts, one of the founders of Coutts Bank.

Born in 1814, she received an endowment of £2 million when he died. As well as throwing lavish parties at her Highgate estate, she set about doing good.

She financed a sewing school for women in Spitalfields, housing for the poor, childcare schemes and in 1864 she donated £20,000 for the building of Columbia Market in the hope it would help bring affordable fresh food to East Enders.

The huge Victorian Gothic pile accommodated 400 stalls, shops and flats for the traders. But it never made money, it was relaunched as a fish market, with cheap fish expected to be transported in via a new railway line from Bishopsgate station – when the line didn’t happen it shut for good (in 1886).

The building was converted to warehouses and workshops and became popular amongst cabinet and furniture makers. The flower market began on Saturdays, but with a rising Jewish population who couldn’t work on the Sabbath, an Act of Parliament was passed to allow Sunday trading. Flowers and plants came from nearby market gardens in Hackney and Islington.

The Dig for Victory campaign during World War II saw a push towards growing food, which devastated Columbia Road stocks and, though the whole area declined rapidly, in the 1960s locals made a concerted effort to save it. A new rule meant traders would lose their pitch if they repeatedly failed to turn up, the market grew in popularity and became the world-famous flower market it is today.

Shoppers taking part in East End Indie Weekend will be invited to join in a treasure hunt (find and photograph five blue plaques and share on Instagram) for a chance to win one of five luxury hampers filled with products donated by members of the East End Trades Guild. A special collectible map signposting the best local businesses will be given out by each participating business during the weekend.

For a full list of the businesses taking part or for more information, visit: www.eastendtradesguild.org.uk

To find out more about the Local Buyers Club visit www.localbuyersclub.com 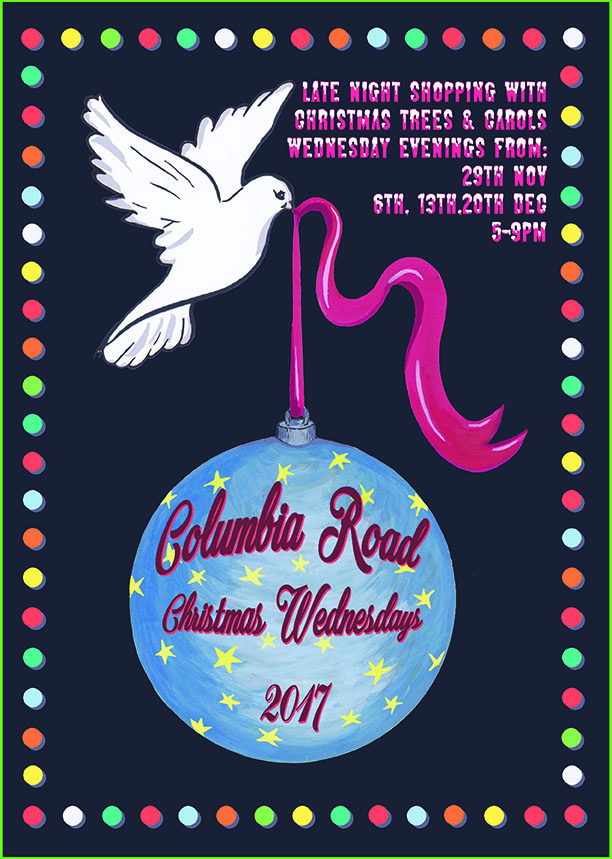