Members of the East End Trades Guild are among those joining the Local Buyers Club: a discount card promoting the best independent businesses in the area. More than 100 businesses in East and North London offer discounts to members of the club, which was launched this summer by Basil and Jenna Fansa to highlight the benefits of shopping locally and save people money.

They include East London bars such as The Prince, Off Broadway, The Clarence, Ryans N16 and The Red Lion and restaurants such as Andi’s, Bernstein’s, Wolf, Clapton Table, Rola Wala, The Lacy Nook, Stokey Bears, Rudie’s, Buon Appetito, Lele’s, Il Bacio, Sub Cult and Claw.

Basil said: “Local and independent businesses are the lifeblood of our communities; they add to the character and vibrancy of East London’s streets and many have long histories here and wonderful stories about how their businesses began.”

Jenna, who previously worked as a newspaper journalist, has been interviewing many of the businesses and sharing their stories to help promote them and create familiarity and customer loyalty.

She said: “Many of these entrepreneurs are fulfilling a lifelong passion to create, a lot start out with market stalls and build their brand, and some have given up high-paying jobs to follow their dreams. Most feel the pressure of rising rents and rates but they’re among the most determined people we’ve been lucky enough to meet.”

Local Buyers Club has a strong charitable ethos; since their launch they’ve donated the equivalent of more than 600 meals to Hackney and Haringey Food Banks and, together with their sister business StokeyParents, are helping to collect new toys this winter for over 2,000 of the borough’s poorest children.

And they’ve played a key role in preparations for East End Indie Weekend, which takes place on December 1st, 2nd and 3rd.

The event, which has been organised by the East End Trades Guild, aims to promote the character and community of East London and encourage people to shop local this Christmas. Many local businesses are throwing open their doors to give insight into East End industries and some are marking the event with special discounts.

Basil added: “An East End Christmas shopping experience is far richer in character, much less stressful and offers more unique gift options than a more generic shopping centre or big-chain online shop. And it benefits the local economy, creating employment and building a sense of community.” 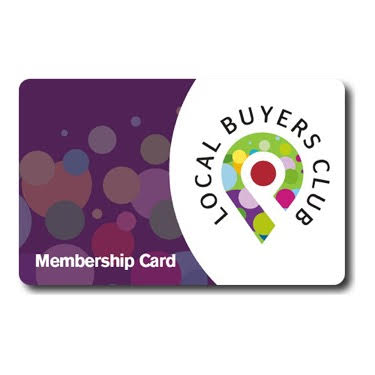