It’s that time when we reflect on our work and hold ourselves to account for the intentions we set at the beginning of the year. The membership now stands at almost 400 and continues to develop meaningful solidarity and reciprocity. This collective strength binds us together with the resilience we need for the challenges ahead. We are a learning organisation and while we celebrate all we have accomplished we know full well there is plenty of room for improvement and we will be implementing lessons learned for the year ahead.

We are tremendously grateful to all our partners and funders including Near Neighbours, the GLA, LBH, LBTH and LBWF, Wood Street Walls, Stow Brothers, CBG Law, Second Home, William Morris Big Local, Wessex Insurance, Grunberg’s & Co, Saxon Packaging, Spitalfields Society and the Spitalfields Trust.  Without their support, we simply would not have been able to deliver to our members during another incredibly tough 12 months.

After listening to members in 2020 we identified the following common priorities.

So how did we measure up in terms of delivering the goods? In brief summary (we did a whole lot more) here’s how we faired; 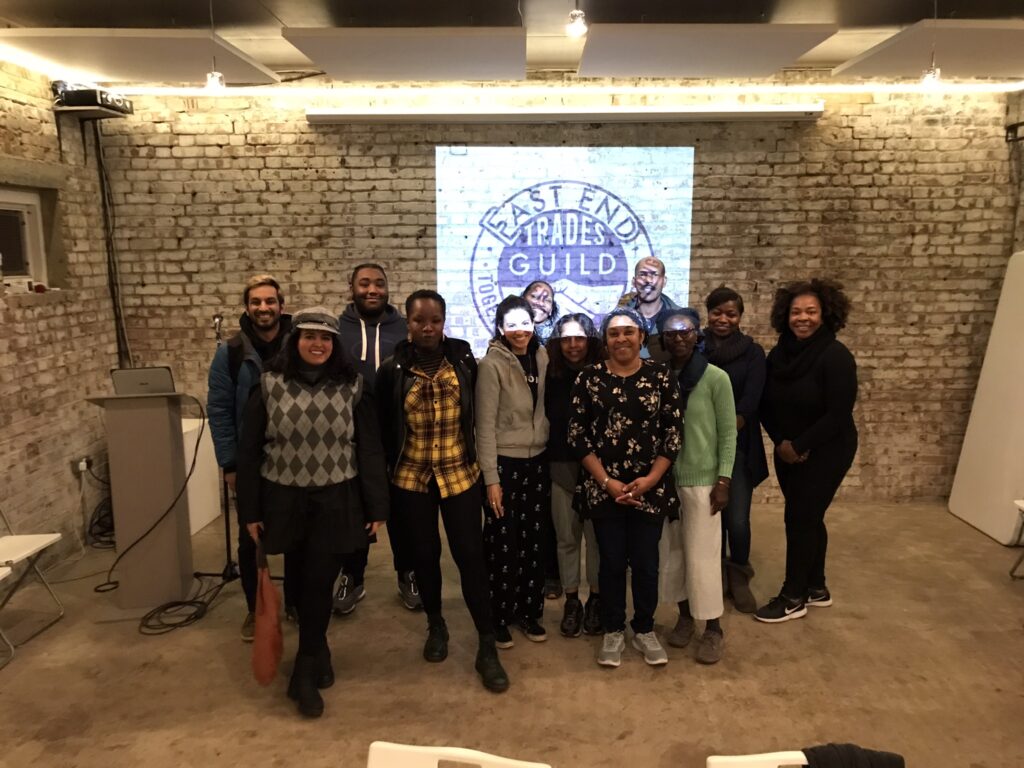 Now it’s time to hear from the Guild super team on their highlights and achievements during 2021:

This year has been an extremely tough one for everybody, however, the strength of collective people power has shined through. Leading the #SaveBrickLane campaign has definitely been one of the highlights. Despite the proposal being approved in September, (due to two councillors), this campaign has not slowed down. Not only is this a very grassroots community-led campaign, but this campaign has also lent the street’s Bangladeshi business owners a platform, with support from over 140+ businesses on Brick Lane and more than 7000+ objections being emailed in, plus more than 600 local signatures being collected. This campaign has shown locals that they do have a voice against the rapid changes & growing gentrification and social cleansing of the area. 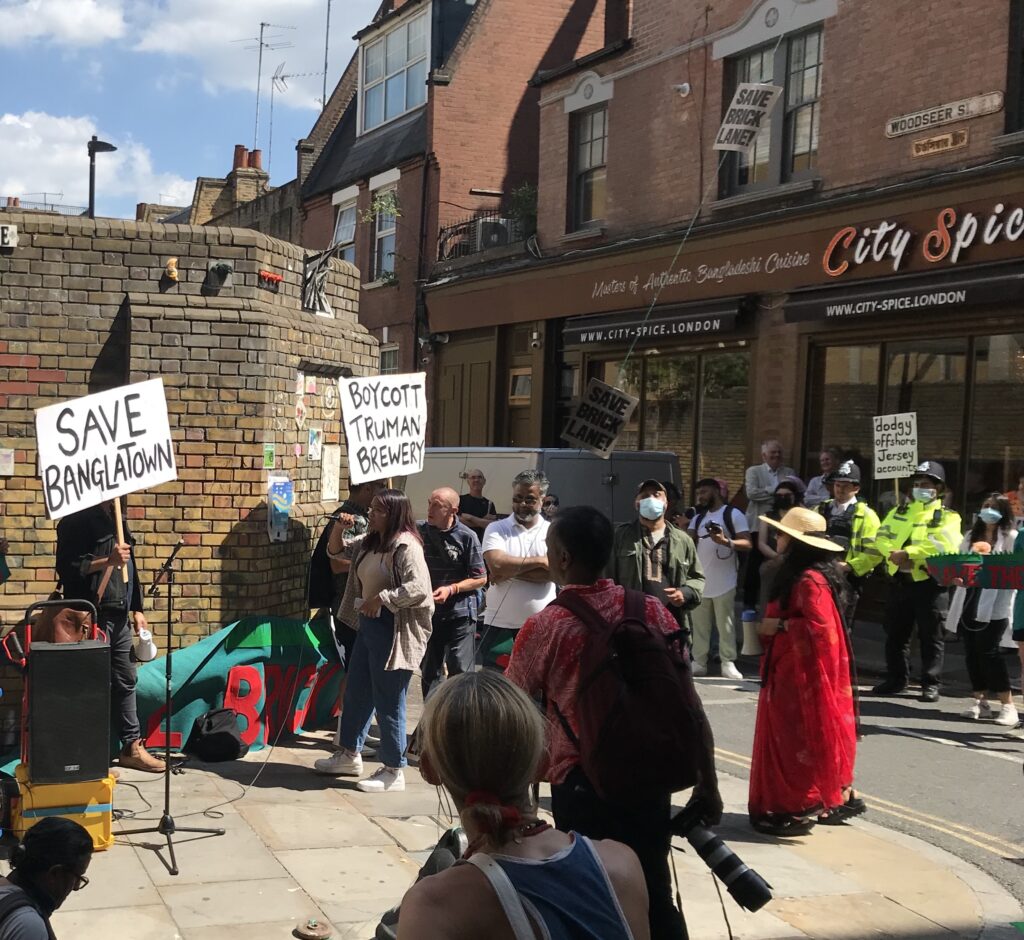 We have continued to promote the businesses of Brick Lane; thanks to our ongoing national and global media coverage generating supporters from across the country and beyond. This campaign has successfully enhanced the visibility of Brick Lane and its small businesses.

#SaveBrickLane campaign has been the purest expression of the people versus the profiteers.

We have stood against all those who claim gentrification is a natural process, we have stood against those wishing to uproot long-established communities – pushing residents out of the area and pricing out local businesses in favour of chain outlets. The #SaveBrickLane campaign has shown the importance and need for protecting and materially supporting local, independent businesses.

Other highlights for me, as the Tower Hamlets Community Organiser for the Guild, have been developing relationships with our members and really building on the collective power,  through our RENTCHECK events and more!

I always had a passion to help young people better themselves and help them jumpstart their lives. So by being able to help small businesses support young people into employment helps me do my part. I definitely know the feeling of each young Kickstarter, some being graduates and some not having any experience at all. When I have placed 142 young people across the East End by the end of March I can safely say I have come a long way in making my passion a reality. 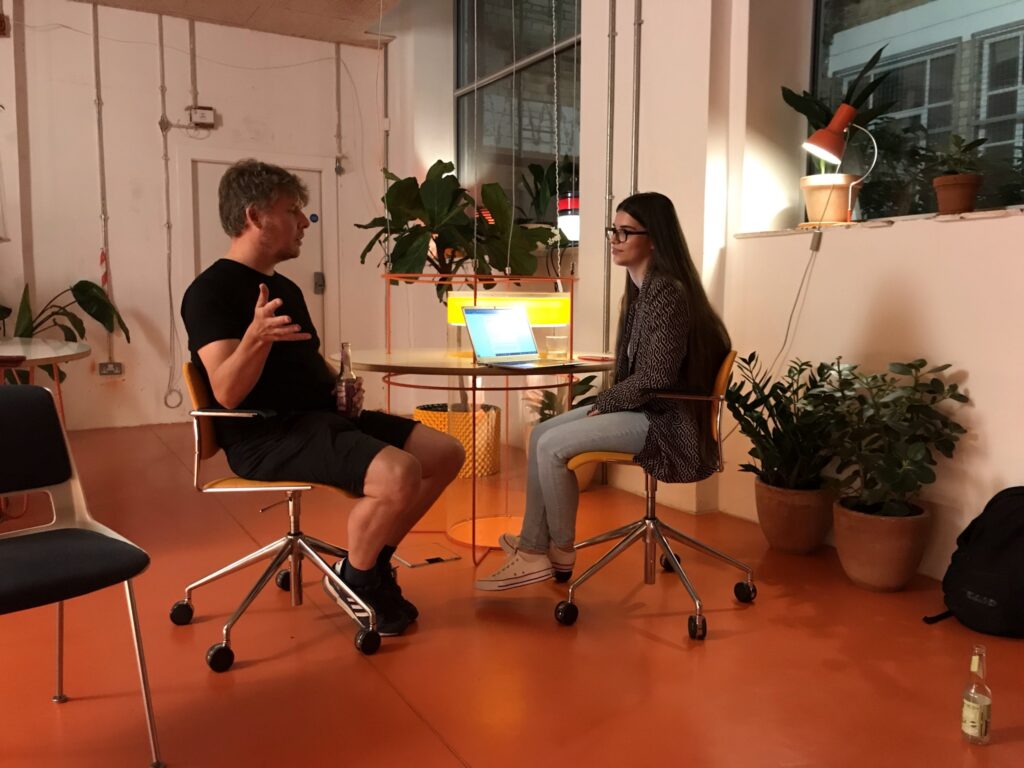 After being made redundant from 6 years of hard work in the same job I was so happy to be given the opportunity of Kickstart Co-ordinator. I had hardly any experience in the role I was applying to and was very nervous. But after speaking to Krissie and working alongside her I have been able to learn new skills and really come out of my comfort zone.

Here’s some feedback from people involved in the scheme:

“It’s absolutely great having Charlie as part of the East London Brewing team. He is keen, able, conscientious and a pleasure to work with. Kickstart has been a way to give us a much-needed extra pair of hands when — after a challenging pandemic — we might have not otherwise have afforded it.” Claire from East London Brewing Company.

“The team has offered me much more than I thought I would receive and overall this experience has been one of the best things I could have done. It has helped me to realise next steps for my career and I have been given lots of opportunities to expand and share my knowledge on various HdK platforms, including speaking in webinars, client meetings and writing blog posts on web accessibility.” Victoria (kickstarter) – Hans de Kretser Associates.

Here at East End Trades Guild I have learned we always do our very best to help our local community especially when it comes to Guild members. Supporting them to create new opportunities and helping them take advantage of the initiatives created by the Government due to the pandemic.

I have had the pleasure of meeting many of our members since I joined the team in October and have seen how much of an impact the work we do has on so many peoples businesses. I have achieved a few different accomplishments that I would like to share. My first accomplishment was my speech that I delivered at on the 2nd of November at our Waltham Forest Launch which motivated and encouraged all of our attendees as well as the new Leader of Waltham forest Cllr Grace Williams to take a more active role in EETG’S shared dream to create a better future. 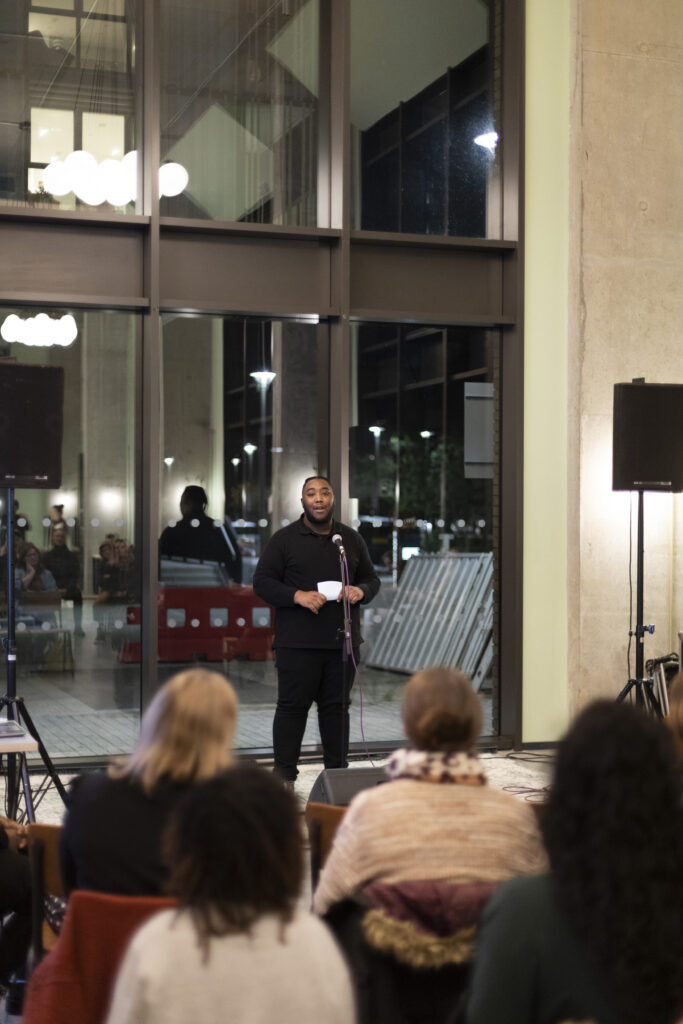 Another accomplishment I achieved was aiding the creation of the East End Independents Maps for three boroughs that show off all of our paying members both bricks and mortar stores and online based which has helped drive traffic to all of our amazing and unique businesses.

I also put all our members regardless of whether they are able to contribute financially to our online version of our map. It has been very popular with our online stakeholders. It shows off where they are located and also includes information about the businesses like their description and the sector they operate in which has helped shoppers find the exact kind of business they are looking for that are a part of our collective and believe in the same vision we do; that there will be a future that belongs to small personal businesses as much if not more so  than the huge conglomerates

My main highlights of this year with the Guild were building strong relationships with many members of the cultural team, being exposed to so many amazing businesses and assisting at the popular Old Spitalfields Market. Old Spitalfields Market is great for traders who want to showcase their business to a wider audience, it has thousands of visitors weekly which offers a large platform for businesses to trade. Throughout the year, I also worked on social media content to raise awareness about the community that we work with.

Since March, I’ve worked hard to increase our reach in Waltham Forest, working with local groups and community members, businesses and decision makers to spread the EETG word. Working in close partnership with organisations William Morris Big Local, The Black Umbrella, Guild member Creative Works, and Big Creative Academy, we’ve hosted a series of business development and networking events, the latest of which has been postponed until January due to covid but will focus on the life cycle of a business from start-up to succession and feature long time Guild member Hugh Miller from Tax Assist and new Guild member  Gary Leonard from Barnes Roffe. In July, we also ran the first Allyship Programme which focused on understanding privilege and how we embody that within our communities and we worked to create an open forum to talk about our identities within the EETG community.

The jewel in the crown was definitely the Waltham Forest Chapter of the EETG launch in November, an event that brought in more than 60 local Guild members, residents, and community members. It was hosted at Guild member Shamil Jooman’s newest venture, The Willow Tree Cafe; featured local Guild business donations from Wood Street Bakery, Exale Brewery, and Square Root; showcased the incredible work of our Kickstart Coordinator, Saranda, and Guild members MVP as well as a heartfelt speech from our second kickstart placement, Javel; and featured newly-elected Leader of the Council, Grace Williams, who spoke eloquently on the relationships between small business success and community, promising to work in partnership with the EETG moving forward!