Securing a meeting and winning commitments from the Labour Candidate for Mayor was only possible through our collective member power.  Now, we must build on that to make sure we can hold the next Mayor to account in the months and years ahead. Head to our crowdfunder now to join for a third off the annual fee!

Yesterday we held an outdoor roundtable discussion with Sadiq Khan at Guild members Spitalfields City Farm in order to keep covid safe. In the shade, next to a treehouse our team of extraordinary female founders spoke their truth to power.

Sabeha Miah from Juta Shoes, Dee O’Connell from The Brokedown Palace, Maher Anjum from Oitij-jo Collective, and Robyn Simms from Square Root Soda captivated Sadiq Khan’s attention amidst trains, sheep, goats and cats as they ambled past an intimate assembly of that rare thing – people doing politics with dignity, respect and moral courage.

Sabeha Miah from Juta Shoes is co-founder of probably one of the most ethical and socially responsible small businesses in London. Combatting the financial and social exclusion of Bengali women, Juta Shoes provides opportunities to build confidence and gain skills with training, a supportive community, and London Living Wage accredited employment. Rent levels have a direct impact on whether or not small businesses can pay a Living Wage and create opportunities for local people. Our research has shown that margins are often small and that when rents rise far more quickly than turnover, members’ ability to pay wages and deliver social value can often be squeezed.

In Tower Hamlets, 78% of Bangladeshi and Pakistani women in the borough are not in paid work due to barriers they face including a severe lack of affordable workspace. It is no wonder then that without economic power in the hands of women, 58% of neighbourhoods in the borough rank in the top 20 percent of income and employment deprivation in the entire country with 43% of children living in poverty.

These statistics should be a matter of profound shame to all of us but none more than the large landlords and developers who ignore their social and corporate responsibilities while having the power within their grasp to support communities during this time of deep recession.

Maher welcomed the Mayor as he sat down by saying; “As my mother and grandmother always says, in the month of Ramadan, we take the step to reflect on who we are, our actions, and remember it is also a time for sharing. So thank you for coming to meet us today.”

After hearing the stories of success despite the barriers that these powerful women have overcome well before the pandemic and the devastation that COVID-19 has wreaked on them and their networks since, the Mayor felt compelled to be supportive of our Commercial Rent Manifesto.

Here’s a breakdown of the responses from the Labour Candidate:

After listening to Sabeha explain her work with local women and how affordability needs to be defined in order for more women to access opportunities for financial independence, Sadiq responded;

“We have a rule that in any new development, some amount of commercial space needs to be affordable. At City Hall, we also looked at the space we own and gave rent-free periods to our tenants. We can also help with specific landlords if they are unwilling to negotiate. We have an open door, you can always reach out if you need help. I am concerned that a lot of talent is leaving London because they can’t find affordable space. Will work with you to define affordable workspace.”

Up next was Dee O’Connell from The Brokedown Palace; “I asked Sadiq to include tenants in the next phase of the GLA’s Workspace Accreditation Scheme and open this ‘‘badge of honour” to any landlord of small businesses. Sadiq agreed it was a good idea, so I’m looking forward to working with him on it! Sadiq said it’s important not to be alone, and that’s exactly why this means a lot to us and our business. By working together we can ensure that small business tenants are treated fairly, and with compassion – especially during this time of recovery.”

The voice of small business tenants in discerning the best practice of landlords could mean that landlords seeking investment would have to prove that they are meeting the criteria that are co-produced by small businesses in order to win backing from the financial institutions which take their Corporate & Social Responsibility seriously. During recovery, this ‘Badge of Honour’ may prove essential.

Mayor Khan answered the proposal from Maher on CLT’s by saying “The answer is yes, but the issue is the timeline. I do not want to commit to something I cannot deliver. We will have to speak properly about it after the election if I am still Mayor. For the CLT we need to look at the land we’ve got to identify the best site”.

Sadiq Khan told us that “the drop in commercial rents will only be temporary”  which is exactly why transparency on comparable evidence now is more important than ever.  He went on to say that looking into a public register of comparable evidence is something he would do.

After the Mayor had been so supportive of our Manifesto the team presented gifts as a mark of Ramadan including fresh vegetables grown on the farm.

Perhaps the most important win of all Sadiq promised to meet us again in 6 months’ time if he is re-elected. An ongoing relationship with the next Mayor of London will be instrumental to making our proposals a reality. 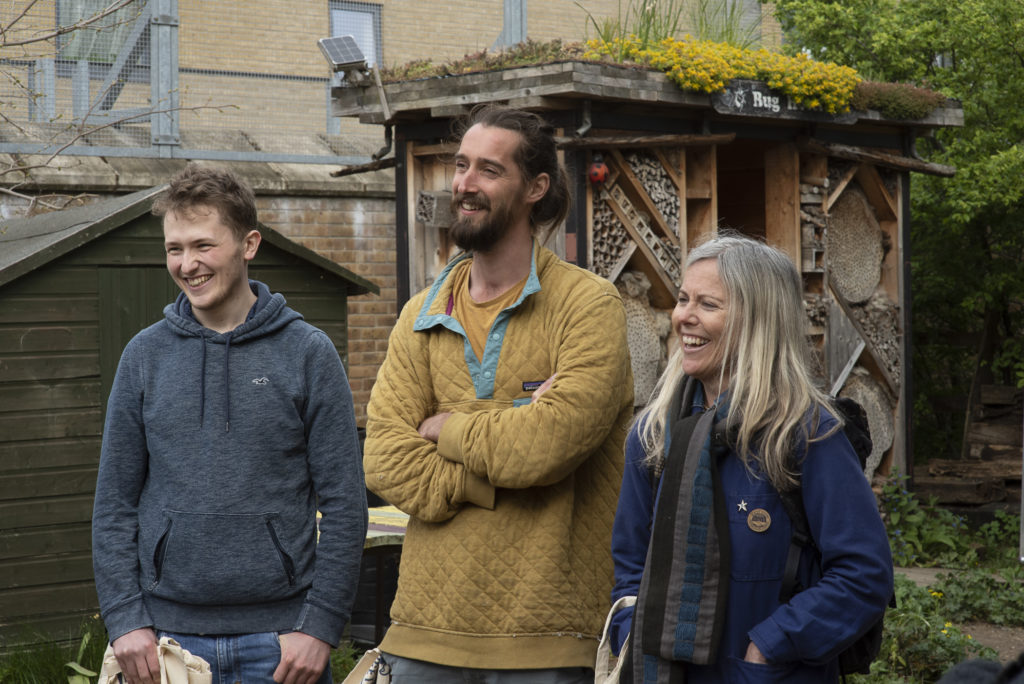