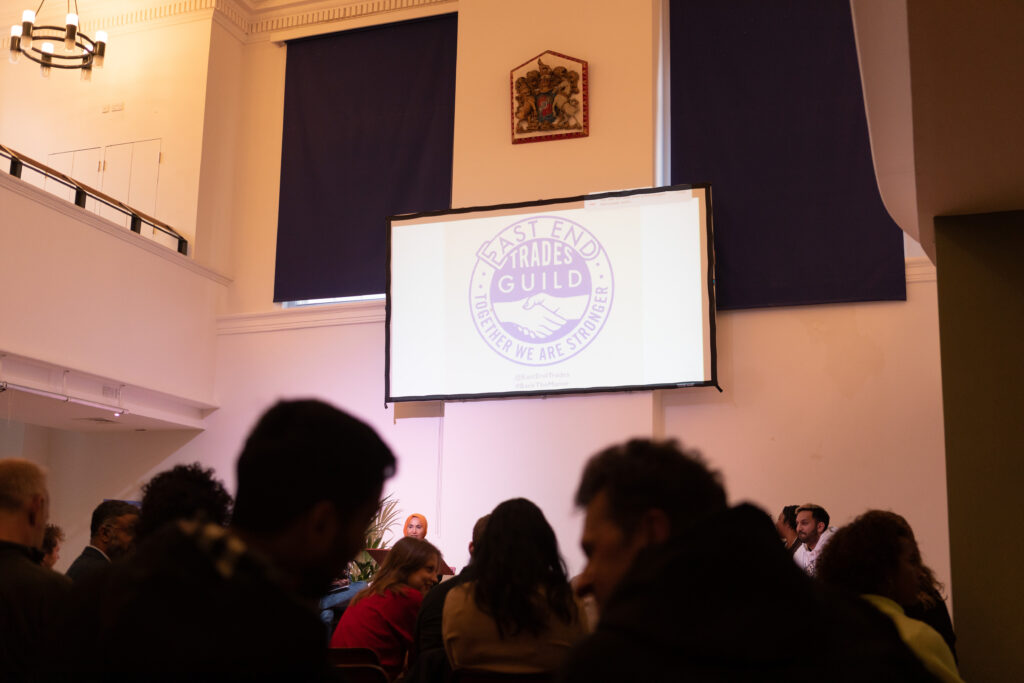 Are bad politicians and their policies elected by good people who don’t vote? Possibly, but while it’s a privilege to honour the right to vote, engagement in democracy doesn’t end there, well at least not here at the Guild.

This April the Guild took part in four non-partisan pre-election actions to secure commitments from the candidates most likely to win in three boroughs. Ensuring that whoever wins, our proposals win with them provided the Guild holds the elected leaders accountable in the months ahead.

Over the years we have seen evidence that our actions before and after elections have had an impact. One such example from our first Assembly in the 2018 local elections was to create our sophisticated online tool RENTCHECK to develop greater transparency in the commercial rental market.

The app simply would not exist had we not made demands for transparency to the candidates for Mayor in Tower Hamlets and Hackney. The real reaction to this action came when members held local leaders to account a year later ready with a prototype of RENTCHECK that we made with the help of Founders & Coders. This revolutionary tool was funded jointly by Tower Hamlets and Hackney as a direct result of our Assembly. The next RENTCHECK event will take place in Hackney at Wild & Woolly on 24th May 6pm. For further evidence of our winning approach check our previous blogs.

This year our demands are no less ambitious and all seven candidates we spoke to across three boroughs said yes to all of them! Here’s a recap of what we asked for;

A) Community Wealth; Rebuilding the Local Economy to Support Recovery

For Tower Hamlets we had two additional asks;

In Hackney, we met with Labour Candidate Philip Glanville and Oliver Hall the Conservative Candidate at Signature Brew Haggerston.

In Waltham Forest council we met with Labour’s Grace Williams at Square Root Soda Works. We also invited Tim James from the Conservative Party to a roundtable, unfortunately, he could not attend but he wrote to say he’s also on board with all our ideas.

For full details of the Tower Hamlets Assembly on 5th April, you can read our previous blog.

To find out where your nearest polling station is click here.

Your vote matters more now than ever, voting helps play a role in making sure the candidates work for us rather than the other way round. Power to the people!