Is The East End Dead?

This blog is written by Tasnima Uddin, Community Organiser with the East End Trades Guild for Tower Hamlets and Co-Founder of Nijjor Manush, an independent campaigning group that aims to educate, empower and organise Bengalis and Bangladeshis in the UK.

If you walk down to the south of Brick Lane today you will find a huge banner saying ‘Stop the Truman Brewery Shopping Mall’, in English and Bangla flying high above the Bangladeshi-owned restaurants.

The owners of the Truman Brewery want to build a shopping mall in the middle of Brick Lane – a five-story building consisting of retail units and office spaces that cater towards an exclusive clientele, not the people of Brick Lane. The planning application was deferred in April 2021, after a year-long campaign managed to organise more than 7,000 people to email in letters of objection. After more canvassing, lobbying and direct action we have managed to defer the proposal until September 14th, whilst pushing for an alternative community-led masterplan for the site instead.

The Save Brick Lane campaign is aimed at stopping this development from going through. It is a campaign led by NijjorManush and seven other organisations, including the Guild!

As an alliance of more than 350+ small and independent businesses, we oppose this development for a myriad of reasons:

The ongoing gentrification of Brick Lane is no secret, and this development forms part of a wider project of social cleansing – the last attempt at pushing out the lasting Bangladeshi community that has made Brick Lane what it is today.

Brick Lane is a world-renowned area of London, if this development goes ahead many other places in England will be under threat from overdeveloped tower blocks.

After 17 years of relentless campaigning, the Save Latin Village campaign in North London was victorious this summer in halting plans to gentrify the local community. This shows us that organising and campaigning does work, we need the local community and all traders to join our campaign.

The East End will not be killed off, not on our watch, right? Here’s how you can help! 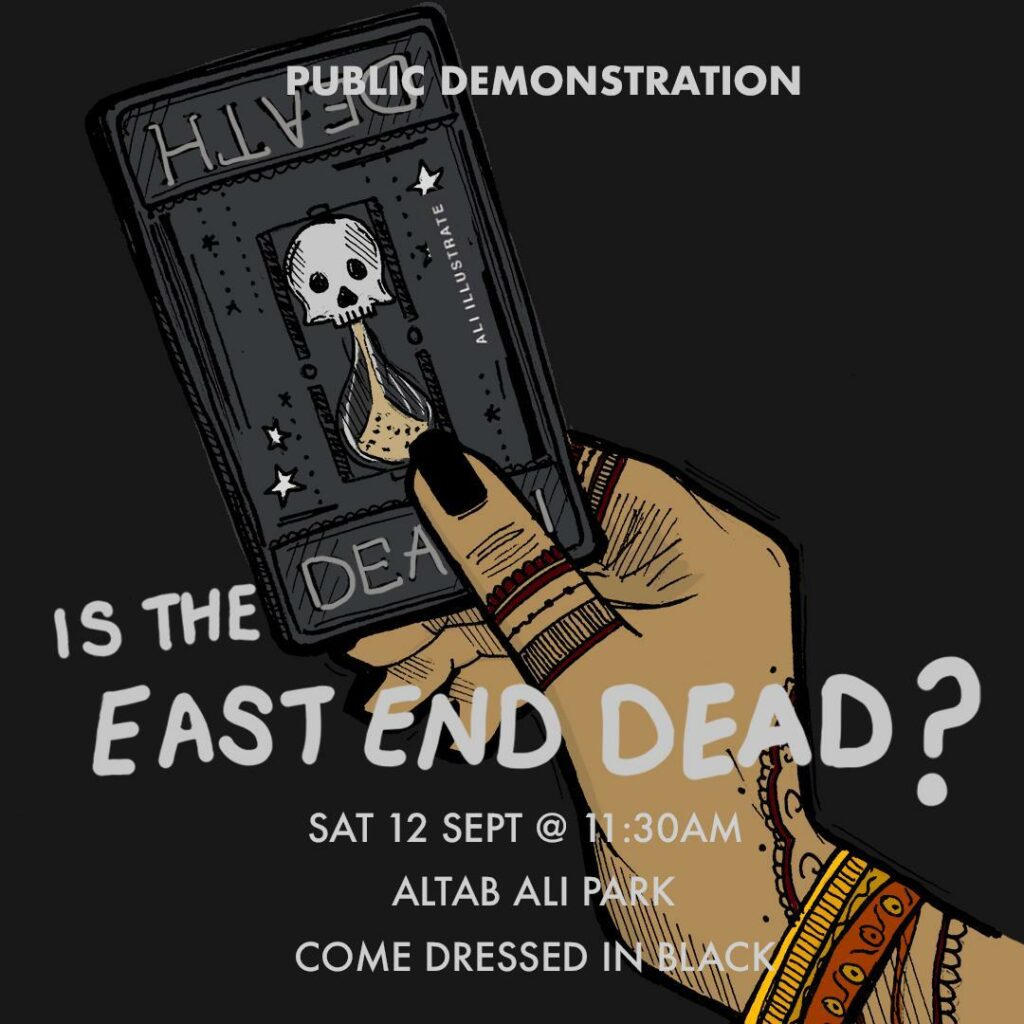