2016 has been a year that many would rather forget, with division and instability seeming to make the headlines on a daily basis. Yet our Guild has made significant progress despite the challenging climate. While the world around us appears to be in disarray, we can be proud that our inclusive work has brought us closer together, and we have become more united!

Our collective achievements of the last year have compelled decision makers to listen to us, but if they are going to act then we need hundreds more members in 2017.  It’s easy and inexpensive to join, there’s a short form in the top right hand corner of the website. The deadline for 2017 membership is 20th January.

It’s important to reflect on the last 12 months so that we can build and develop on these foundations, so let’s have a look through some of the highlights of this landmark year:

January – We supported the successful More Light More Power campaign to resist the Hammerson & Ballymore development proposals for Bishopsgate Goodsyard. Informing our members about the impact that the development would have on their businesses, and encouraging them and others to sign the petition.

February – We published a letter to then Mayor of London – Boris Johnson, explaining the business case against the the proposed development for Bishopsgate with 140 business signatories.

March – We held a Legal Support Workshop bringing Bill Parry Davies from Dowse & Co together with fellow members for support and advice on leases and security of tenure at E5 Bakehouse. This work increased the negotiating power of participants through making commercial property law more accessible.

March also saw a collaboration with allies Just Space. We worked with them to organise Making the City – Ideas Workshop at the Urban Innovation Centre. We secured Turner Prize winners Assemble to speak about their inspiring work, helping participants to think imaginatively about developing workable solutions for accommodating and integrating London’s future industrial and maker capacity into our urban fabric, whilst simultaneously delivering the housing London needs. Seventy people attended including small businesses, making and manufacturing organisations, property organisations, council and GLA representatives and think-tanks. 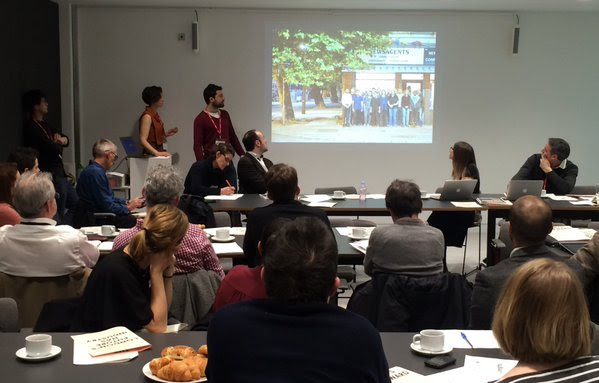 April –  We hosted our first social of the year at Genesis Cinema where members contributed to plans for our East End Independents’ Day crowdfunder. We started making the supporting film with the talented Simon Mooney! 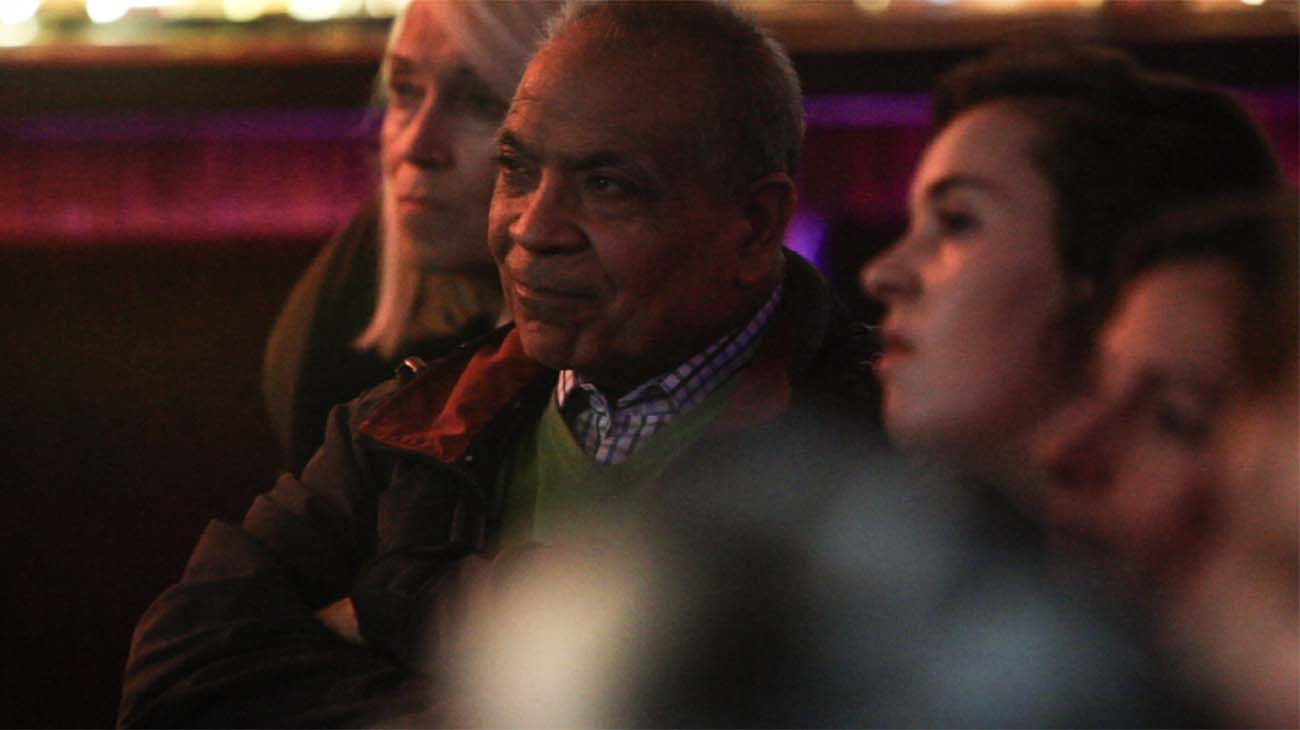 May – We secured 5k match funding for the first 5k that came through the IndieGoGo campaign and completed our brilliant film starring many of our wonderful members.

June – Our all or nothing crowdfunding campaign kicked off on 6th June. There were  no guarantees that we would pull it off despite all the preparation that went into planning for its success. It was tense and extremely hard work! We ran our campaign against the backdrop of the EU referendum. While division and fear trumped the national headlines, we stood on the shoulders of giants before us and carried forward the East End tradition of solidarity and reciprocity between people of all backgrounds.

August – We held a members BBQ to say thank you to everyone who supported our campaign at Spitalfields Farm. And got stuck into improving the listings page on our website, collecting data, designing the first printed map of members and organising meetings across five neighbourhoods – Shoreditch, Columbia Road, Roman Road, Hackney and Walthamstow. 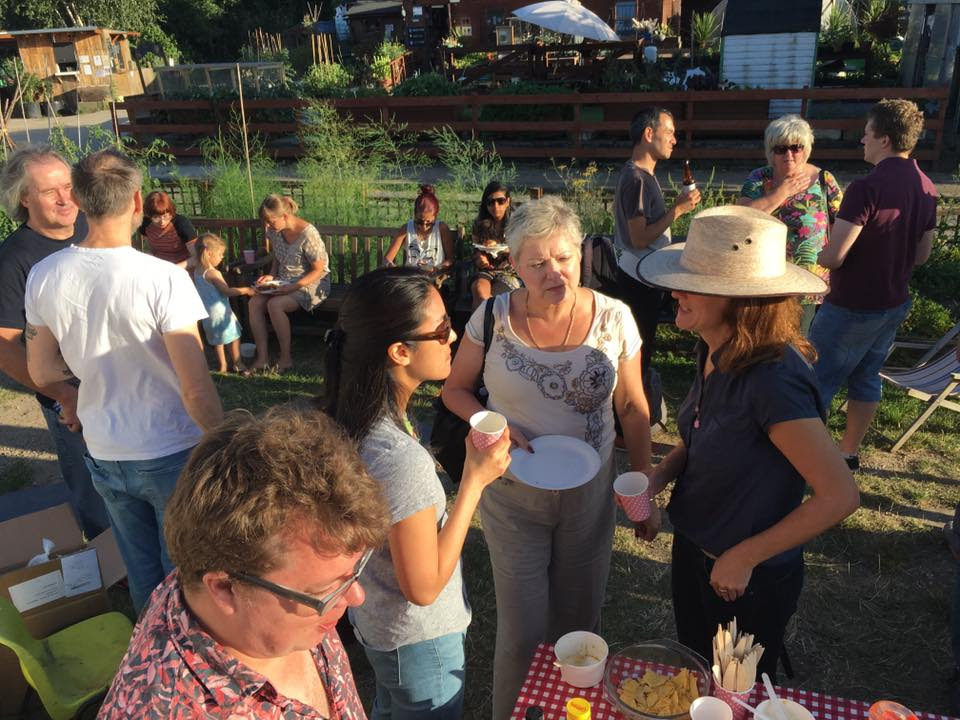 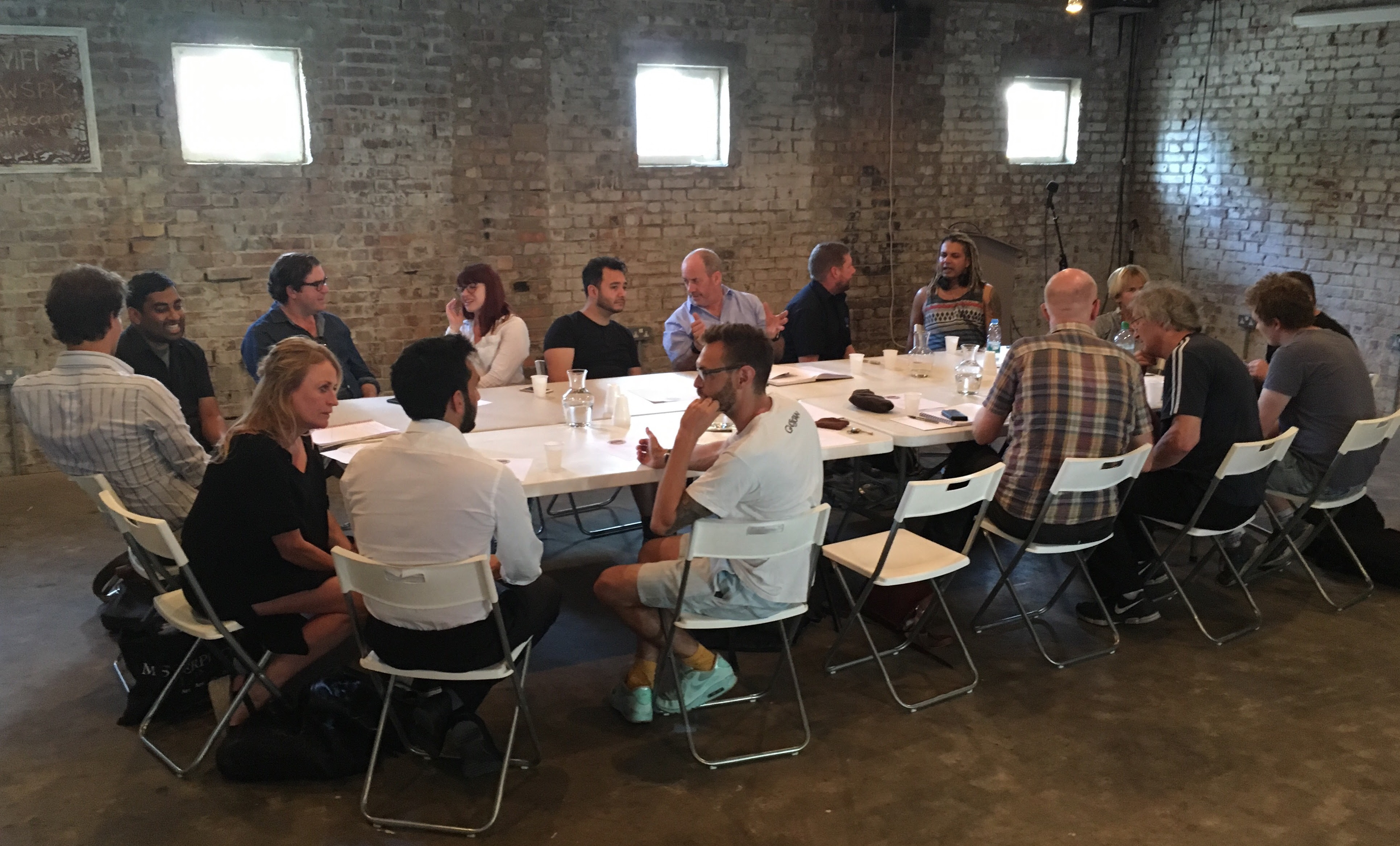 October – We published yet another brilliant short film on social media featuring Anna and Nevio Pellicci, inviting the Mayor of London to breakfast on East End Indie day. Our film has now been viewed by tens of thousands of people across Twitter, Facebook and Vimeo. We also published our beautiful new map! 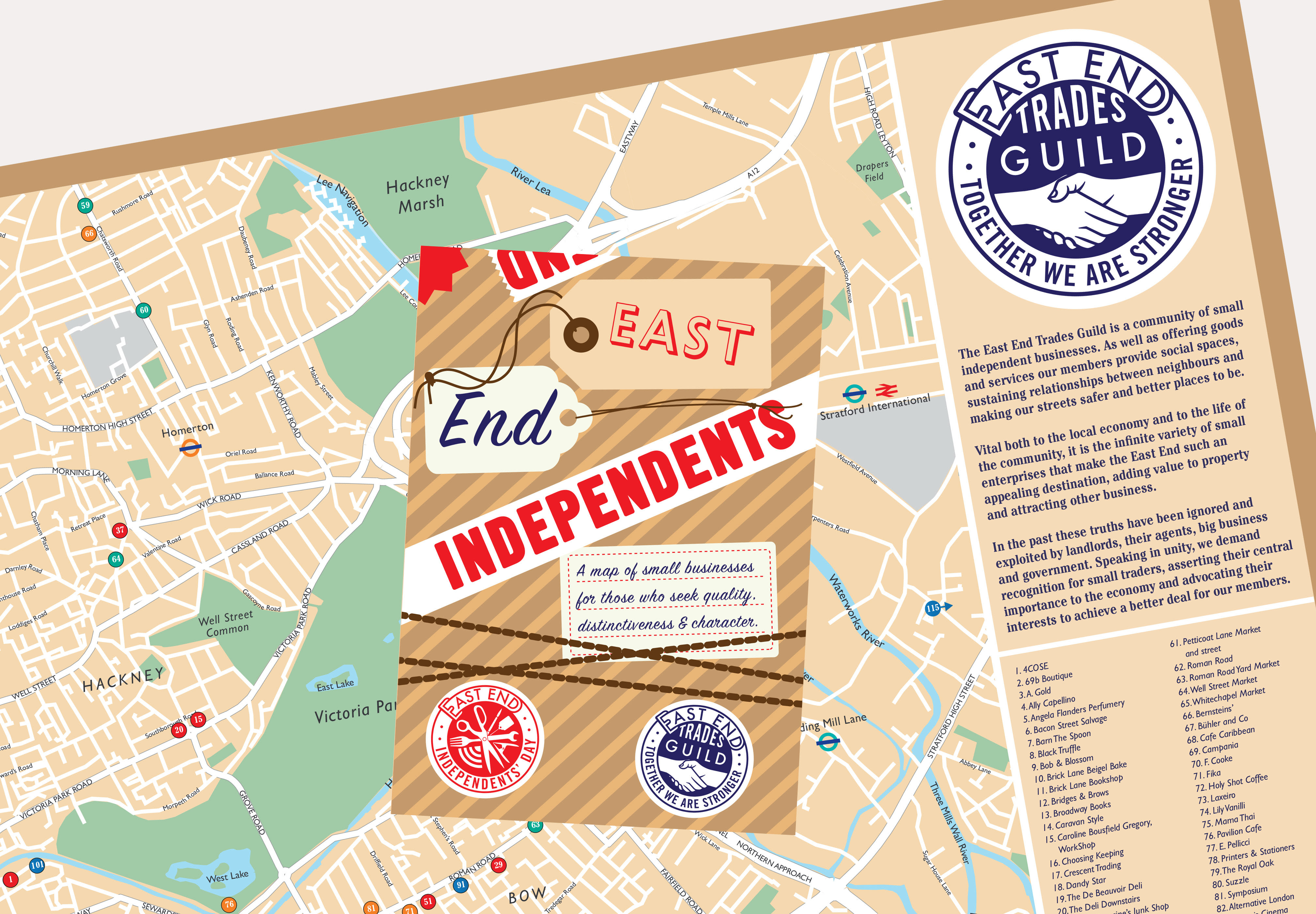 A delegation of members attended the People’s Question Time in Brent on the 3rd November. It was here that we secured the commitment of Sadiq Khan to join us for our inaugural Indie Day celebrations! 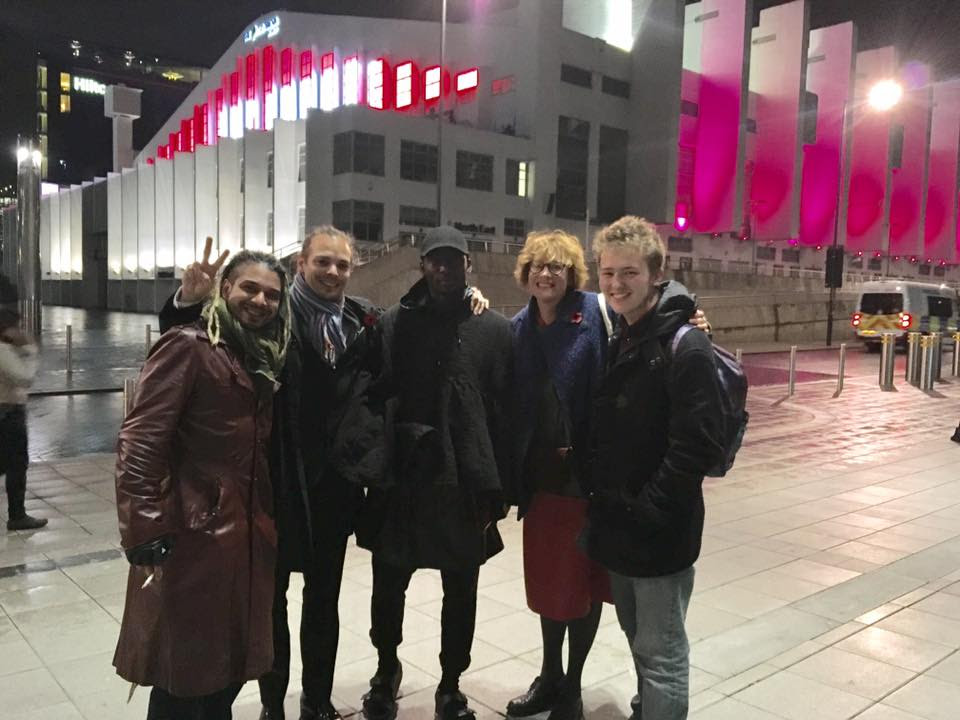 December – What a month this has been. Paul Gardner was invited to Downing Street to be recognised by central Government! Paul delivered a letter to Theresa May and talked to Margot James – Small Business Minister, outlining the business rates crisis that central government policy has created. You can read more about this story on Spitalfields Life. 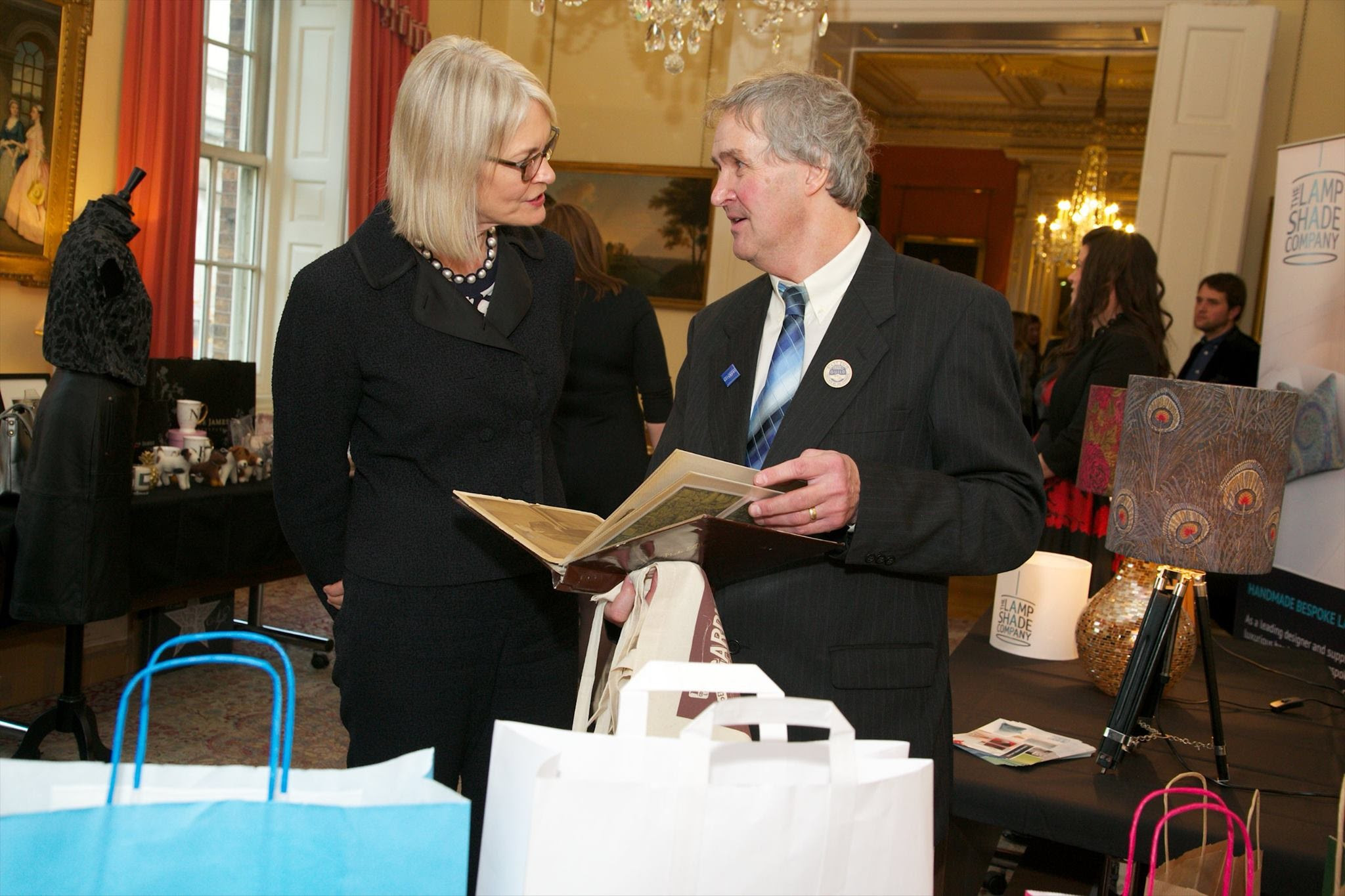 East End Indie Day kicked off on the 3rd! Our collective action brought us closer together, increased our visibility and is still creating traction on the common issues that matter to our small business members! Our work found its way into the The Guardian, Time Out, City AM, East London Lines, Spitalfields Life and more!

Our most recent December news is the announcement of the New Economics Foundation commitment to our partnership with the following statement:

“The New Economics Foundation and the East End Trades Guild are delighted to be committing to work in partnership in 2017. We are excited to explore what we can achieve by bringing together the transformational power of EETG’s on-the-ground knowledge, expertise and practical contribution to the local economy, with the New Economics Foundation’s policy and practice development expertise and economic analysis.

Through this partnership, we will be seeking regular opportunities to work together, including developing joint project and funding proposals where relevant, and developing links between our existing projects where we can already strengthen each-others’ work. Most importantly, we look forward to the opportunity to share our different analysis of how the political and economic developments globally, nationally and regionally are translating into reality for communities and businesses on the ground, and what could be done to build an economic system that works better for us all.

The particular focus of our partnership in 2017, subject to fundraising, is likely to be:

– Exploring how the East End Trades Guild as a model of small business organising, can be an engine for an economic regeneration approach that builds on local assets and strengthens often fragile but always crucial local supply chains

Both organisations will also continue to pursue their individual, as well as joint, opportunities.

The New Economics Foundation is the UK’s only people-powered think tank. We combine on-the-ground work, working alongside communities themselves as they develop new economic approaches, with expert, long-term systemic analysis of the overall economic structure. While the traditional model of think-tanks is to focus on providing policy expertise to Westminster or Whitehall, we are determined to be rooted in people’s everyday experience in their communities and local economies. And we work with communities to ensure that solutions on the ground today are not simply a temporary fix, but a building block for long term systemic change tomorrow.” 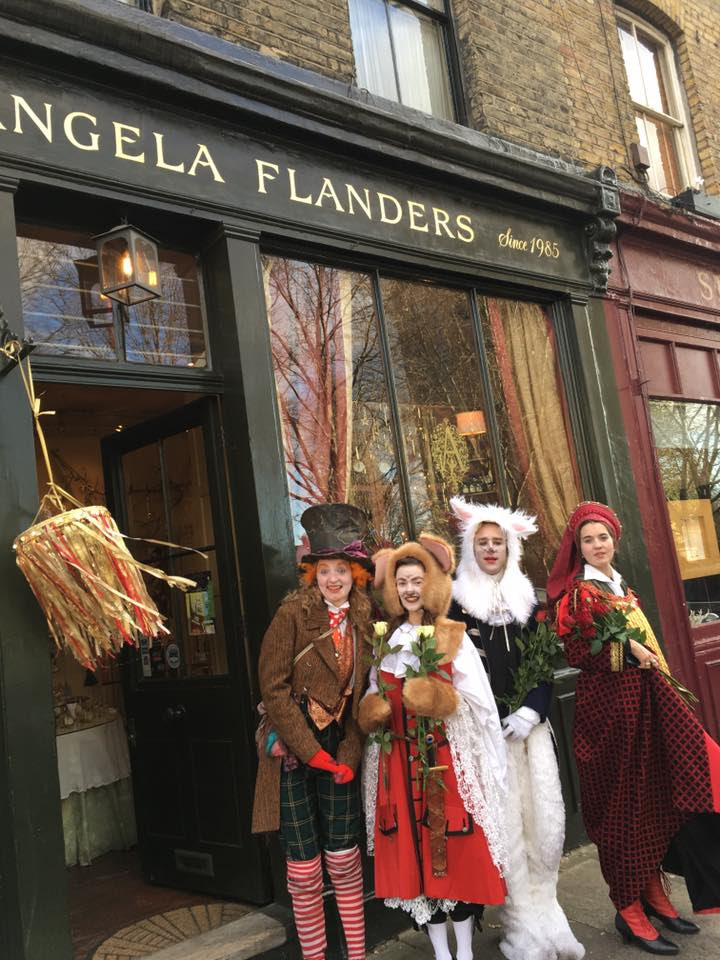